The Lincoln High School Drama students competed at the Districts IHSSA competition and eleven of those groups scored a I rating which allowed them to compete at the State level.  Ten of the eleven groups scored an overall I rating at State.  Three of these groups were chosen to be recognized at the ALL-STATE Festival at the Iowa State Center in Ames: Short Film “BAG MAN” with Tyler Hobson, Justine Auen, Brandi Gipson, Josh Smith, Bryce Palm, and Alex Dingeman received high recognition.  Group Improv with Alita Carpenter, Ben Sides, and Joey Linn and our ensemble acting group “Then and Now Ophelia” with Alita Carpenter, Tabi Aplin, Nieko White, Matt Kerns, and Nick Struck also were also recognized as All Staters!

Karla Morales-Chavez is representing Lincoln High School in the State Poetry Out Loud competition on March 5th at the State Historical Building.

The spring play cast and crew list is up!  Over 50 students in grades 9-12 will be participating on stage or behind the scenes.  The spring play is A Piece of My Heart by Shirly Lauro and will be performed on the Lincoln stage on April 18, 19, and 20th at 7 p.m. each night.  The play is based on the true stories of six women’s journey to the Vietnam War and back. 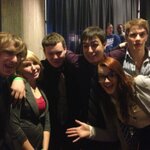 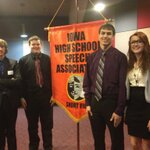 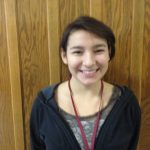