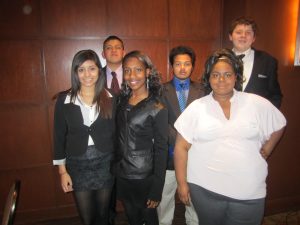 The Railsplitter’s Academic Decathlon team competed in the state completion March 7th and 8th. There were over 360 decathletes participating in testing, speech, interviews and essays.

Lincoln team member Jonathan Trinidad received a perfect score of 1000 in the interview category and Miguel Chavez proudly represented LHS with a silver medal in interview as well. This young team will return in full force next year to up the stakes and attempt to go even further in the competition. 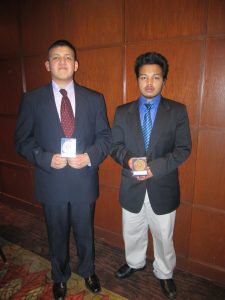 Coach Wilson is very proud of their performance as well as how they presented themselves in front of the judges and there fellow participants. 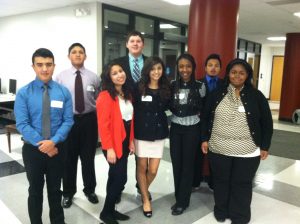