The Lincoln Drama Department will present Arsenic and Old Lace by Joseph Kesselring on November 8, 9 and 10 at 7 p.m. in the Lincoln Auditorium.  Cost is $6 for general admission tickets and $3 for Lincoln students who show their student activity tickets.  The tickets will go on sale a half hour before each show time.

A few of the Lincoln drama students read the script last year and were taken by the humor and outrageously funny situations in the play.  They shared their enthusiasm for the show with other students and we decided to add it to this season’s line-up.

In order to involve more students, we decided to have an understudy cast which will perform at 7 p.m. on November 8th.  The main cast will perform for the middle schools during the day on November 8th as well as the 7 p.m. shows on November 9th and 10th.  Rehearsing two casts for the production is time consuming, but the benefits outweigh the time spent preparing everyone for their performances. Understanding the nuances of comedy can be a difficult task for young actors, but they have taken on the challenge and are doing a great job with it.  We hope that the community will come out and enjoy the “killer” comedy the Lincoln students have worked so hard on. 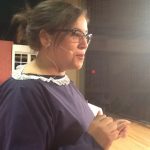 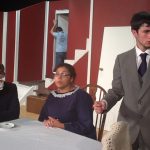 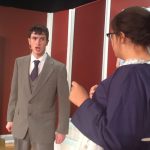 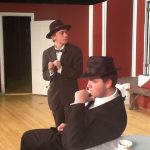 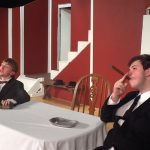