The Lincoln Speech and Debate has been busy this season. Check out some of their results below:

Congratulations to Des Moines Lincoln’s Ashley May. Ashley made the final congress debate session at the Valley Mid-American Cup this weekend. She defeated students from New York, Nebraska, Iowa, Minnesota, and Wisconsin to place 6th overall. This now is Ashley’s best place at a national level tournament and Lincoln’s best congress finish in 7 years.

Congratulations to the Lincoln High School Speech and Debate Team on their recent performance at the Simpson Storm Tournament. Ashley May placed 3rd in original oratory. Ashley also defeated students from Iowa, Florida, and Nebraska to place 4th in student congress. In LD debate, Leelabari Fulbel went 4-1 in prelims defeating students from Dowling, Valley, and Sioux City Heelan. In octafinals, Leelabari lost a competitive round to Bettendorf. Sophomore Chris Said missed qualifying for elimination rounds on a tab room error. Chris was 3-2 in perlims.

Congratulations to Josie-O’Conner-Miller for her debut performance in LD debate this weekend at The Bettendorf Backup Debate Tournament. Josie defeated students from Pleasant Valley and Bettendorf to place 4th overall in LD.

On Saturday, Chris Said broke to quarterfinals of novice LD debate where he lost a close debate to the eventual champion of the tournament from Dowling. Josie O’conner-Miller qualified for the octafinal round of varsity LD debate. The PF team of Seth Konkol and Jon Shelabarger qualified for the double octafinals. Ashley May defeated students from Nebraska, Minnesota, and Iowa to qualify for the final session of student congress where she claimed the championship. 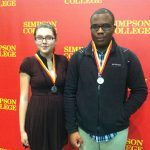 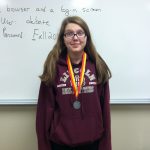 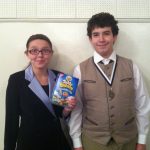 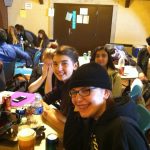 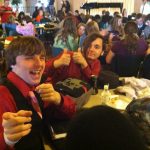