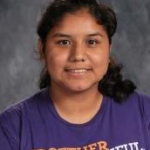 The Belin-Blank Center at the University of Iowa has announced the regional award recipients of the 2020 Scholastic Art & Writing Awards. Presented by the nonprofit organization, the Alliance for Young Artists & Writers, the Scholastic Art & Writing Awards are the country’s longest-running and most prestigious scholarship and recognition program for creative students in grades 7–12. This program year, more than 330,000 works of art and writing were submitted to 100 Affiliate regions across the country. As one of the largest national affiliates, the Belin-Blank Center adjudicated over 7,000 pieces of art and writing from the Iowa and Midwest Regions. Creative teens from Iowa and the Midwest received regional honors, including Gold Keys, Silver Keys, Honorable Mentions, and/or American Visions & Voices nominations, including:

Since the program’s founding in 1923, the Awards have fostered the creativity and talent of millions of students, including renowned alumni who have gone on to become leaders in their fields, including Andy Warhol, Truman Capote, Richard Avedon, Philip Pearlstein, and Sylvia Plath. More recently, Stephen King, Richard Linklater, Zac Posen, and Lena Dunham received Scholastic Art & Writing Awards when they were teens.